Here are some recommended autumn/fall events and festivals in Shiga in September 2013.

September 1-30, 2013
♦ Genkyuen Garden Insect Chirping Concert, Hikone, 6:30 pm – 9:00 pm (enter by 8:30 pm)
Genkyuen Garden next to Hikone Castle will be open in the evenings in September. If you miss the cicadas in summer, you can still hear insects chirping in the garden that will be lit up along with Hikone Castle in the background. Matcha tea will be served at cost and free gagaku and koto performances will be held on the weekends. Admission ¥500. Near JR Hikone Station. Google Map
玄宮園で虫の音を聞く会
http://www.city.hikone.shiga.jp/kanko/event/event110901.html 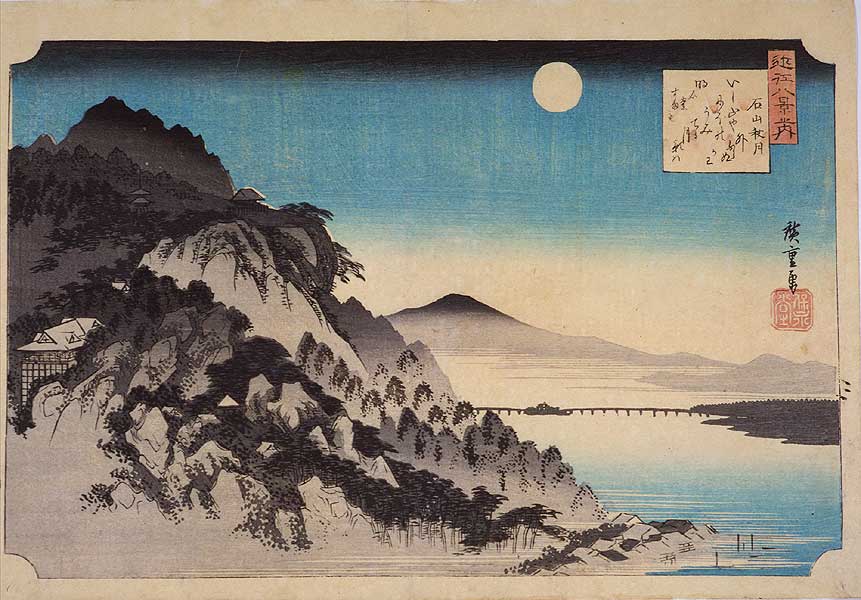 September 19-21, 2013
♦ Ishiyama-dera Temple Autumn Moon Viewing, Otsu, 6:00 pm – 9:00 pm
The temple grounds will be adorned with many lanterns while the huge Ishiyama rock and National Treasure Tahoto Pagoda will be lit up. The temple also has a Moon-Viewing Pavilion. The Hondo main hall will also have stage performances. The event coincides with the Harvest Moon. The autumn moon over Ishiyama-dera was made famous by woodblock prints by Hiroshige. Admission ¥500. Near JR Ishiyama-dera Station. Google Map
石山寺 秋月祭
http://www.ishiyamadera.or.jp/ishiyamadera/gyouji/shugetsusai/index.html 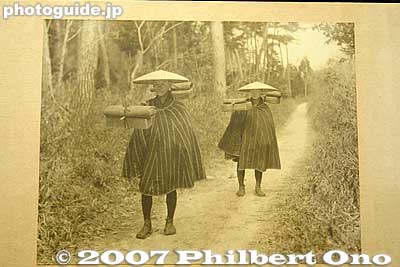 September 23, 2013
♦ Buratto Gokasho Town Walk, Gokasho, Higashi-Omi, all day
Some 100 people dressed as Omi-shonin merchants will parade along central Gokasho at 1 pm. A number of festivities will be held from the morning including taiko drummers at 9:55 am, calligraphy performance at 10:40 am, and a wedding couple at 11 am, A few Omi merchant homes normally closed to the public will also be open and temple and shrine treasures will be displayed in Gokasho. Gokasho is famous for the grand, old homes of wealthy Omi merchants who traveled all over Japan selling cloth, lacquerware, medicines, etc. Near Ohmi Railways Gokasho Station. Google Map
ぶらっと五個荘まちあるき
http://www.shigahochi.co.jp/info.php?type=article&id=A0013815

September 29, 2013
♦ 3rd National Udon Summit 2013 in Higashi-Omi, Yokaichi, 10:30 am-3:00 pm
Taste udon noodles from various places in Japan and vote for your favorite. Looks like 14 udon makers will be there, including one from Kagawa Prefecture. Most are from Shiga. Two event sites at Honmachi shopping arcade and the Higashi-Omi Giant Kite Museum (Odako Kaikan) parking lot, respectively 5-min. and 20-min. walk from Ohmi Railways Yokaichi Station. Google Map
全国ご当地うどんサミット2013in東近江

Festivals and events in October 2013 here.