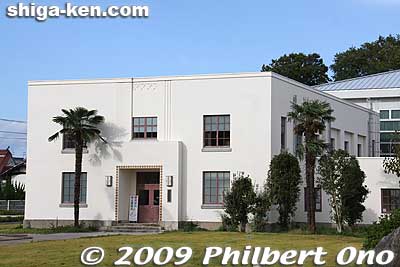 A bit of disappointing news for anime fans, especially those who love the late-night anime program called “K-ON!” (けいおん！) which started to air in April 2010. The school depicted in K-ON! is modeled after the old Toyosato Elementary School in Toyosato which has subsequently drawn many fans to visit the school.

At around 1:15 am on Nov. 17, 2010, the security alarm in the old Toyosato Elementary School’s former library (Shutoku Ki’nenkan 舎酬徳記念館) sounded. The Hikone Police responded and found 22 figurines based on the K-ON anime stolen along with a portable cash safe containing almost 300,000 yen and three guitars modeled after those used in the anime series. A glass window in the north side of the building was found broken and multiple culprits were involved.