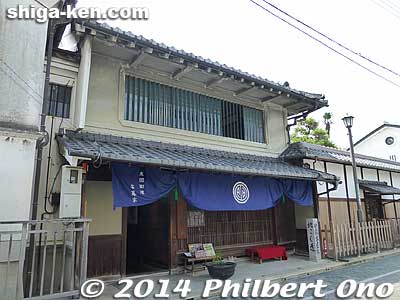 The house was rented from the Ando family by the city of Nagahama and operated as a tourist attraction for 10 years until it was closed. The city could not recoup the annual expense of over 7 million yen and was operating the house in the red. The city decided not to renew the lease. The Ando family was one of the local administrators of Nagahama while Toyotomi Hideyoshi was the Nagahama Castle lord.