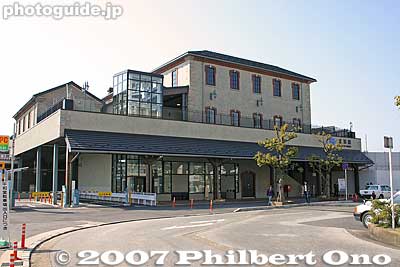 Besides Nagahama Station, most of the other Hokuriku Line train stations in Shiga also rebuilt their train station buildings, anticipating an increase of visitors.