Chronology of Shiga Prefecture’s major news headlines for May–August 2019 (according to the year, month, day).

Originally posted on Twitter under Shiga Headlines by Philbert Ono. Twitter posts are limited to 280 English characters including spaces and links (shortened by Twitter). Dates and times below are based on GMT, not Japan time.

May 9, 2019: In Nagahama, 7 people who ate chicken at Ryoma Shamonojo restaurant on April 19, 2019 suffered from food poisoning caused by the Campylobacter bacteria. Shamonoji was ordered to close for three days from April 30. #龍馬軍鶏農場長浜店

May 9, 2019: On April 25, 2019 in Hino, two jr. high girls from Kobe got seriously injured (broken arm and leg) while operating a farming tractor that fell 3 meters into a rice paddy from the road. It was part of a farm experience for 80 students from their school. #日野町佐久良

May 9, 2019: Enryakuji Temple on Mt. Hiei held a special Buddhist service from April 28 to May 1 to pray for peace in Japan’s new era and to celebrate the accession of Emperor Naruhito on May 1, 2019, the first day of the new Reiwa Period. #奉祝御修法

May 9, 2019: All the URLs at shiga-ken.com and photoguide.jp have changed from http:// to https:// for added security. The old URLs still work, automatically redirected to https://. This has wiped out our social media likes. Oh well…

May 9, 2019: Tragic accident in Otsu on May 8, 2019 when a two-car collision at a T-intersection along Lake Biwa had one car hit 13 preschool kids & 3 staff from nearby Leimond Omi Nursery School waiting to cross the road. Two of the kids (Ito Gaku, Harada Yui, age 2) died, others injured.

May 9, 2019: Shintate Fumiko (52, 新立文子), the driver who caused the tragic accident in Otsu, admitted that she wasn’t looking when she tried to turn right at the intersection where she got hit by a car driven by Shimoyama Fumiko (62) that consequently plowed into the 16 kids & staff.

May 9, 2019: Many tears of sadness are flowing in Otsu over the needless loss of precious young lives and the unimaginable grief of their parents and others. The street corner where they spent their last moments is filling with flowers, offerings, and prayers. https://t.co/JN0qDQq2Z4

May 19, 2019: Repercussions of the tragic car accident in Otsu on May 8 are rippling across Japan. Daycare centers, schools, and police are beefing up safety measures for kids. Safer walking routes for kids and slower driving speeds near schools are being implemented. Prayers for the victims.

May 19, 2019: Koka is planning to build a ninja tourist attraction with ninja shows, ninja school for tourists, and eateries featuring local tea and produce. No mention on when or where it will open…

May 19, 2019: In Konan on May 13, Mochizuki Keigo (61, 望月敬吾), former head of the city’s construction dept. (建設経済部長) arrested on suspicion of bid-rigging an elementary school air-conditioning installation project. He allegedly leaked the minimum bid to Okumura Setsubi Co. (奥村設備).

May 19, 2019: On May 16, 2019 at Ojiyama Sports Park (皇子山総合運動公園) during a national jr. high sports meet (中学総体), 62 female students got a rash or itchy skin on their arms and legs apparently from sitting on plastic benches at the soft tennis court. Soft tennis has been canceled.

Jun 7, 2019: From May 31, 2019, the Shiga Prefectural Gov’t Building and other prefectural buildings went 100% smoke-free. Smokers won’t even find smoking areas/booths within the premises. From July 2019, schools, hospitals, & other gov’t facilities in Shiga will also go totally smoke-free.

Jun 7, 2019: Shiga policeman (30s) has been punished for forcibly kissing and groping a woman acquaintance in March 2019 during late-night drinking at an eatery in Shiga. His salary was reduced to 1/10 for 6 months. Policeman’s name was undisclosed.

Jun 7, 2019: Hikone City Hall continues to have problems finding a contractor to finish renovating its gutted building. Contractors are too busy with Olympics construction & disaster rebuilding. The planned Oct. 2020 completion date will likely be delayed. Temporary offices are in AL Plaza.

Jun 7, 2019: Former Shiga Governor Kada Yukiko has announced her candidacy to represent Shiga in the National Diet’s House of Councillors. She is an independent backed by opposition parties who agreed to field a single candidate to try & unseat the LDP’s incumbent. Election day is July 28.

Jun 7, 2019: In Nagahama, the Mt. Shizugatake chair lift, owned by Ohmi Railways since it opened in 1959, has been sold to Oku-Ibuki Kanko that operates Oku-Ibuki ski grounds. The lift has been closed since March 23, 2018 due to a landslide. They hope to reopen the chair lift on July 6, 2019. https://t.co/UmcKJifO8e

Jun 7, 2019: Shiga is a top prefecture for longevity. Average male lifespan is No. 1 in Japan & No. 4 for females. Shiga Univ. Data Science Dept. & other researchers found a correlation with the high volume of library books borrowed and the high rate of seniors involved in social activities.

Jun 14, 2019: Prince Akishino visited Shiga on June 13–14, 2019. He visited a Hikone butsudan Buddhist altar factory in Kora, an exhibition of painted gourds at a Hikone hotel, and a childcare facility. #秋篠宮さま

Jun 14, 2019: Ritto has decided to reject Costco’s plan to open a store in the city. Changes in urban zoning and concerns over the heavy traffic that Costco would bring forced the city to cancel the plan.

Jun 18, 2019: At 2019 FIVB Volleyball Women’s Nations League in Tokyo on June 11, Japan’s Kurogo Ai (right) warms up for their match against Brazil. Brazil beat Japan 3 sets to 1. Kurogo is a star player on the national team and plays for Toray Arrows in Otsu. #黒後愛 https://t.co/40GLWNsjS2

Jul 1, 2019: Yasu City Hall environment section employee Nakano Kohei (27, 中野浩平) found guilty by Otsu District Court & fired on June 14, 2019 for placing a hidden camera in the women’s toilet in Yasu City Hall in Dec. 2018. City was unaware that he had a history of doing this before.

Jul 1, 2019: Due to the heat, Otsu will no longer hold the annual noontime temple bell-ringing peace ceremony on Aug. 15 to mark World War II’s end. Buddhist temples in Otsu will continue to ring their bells themselves on Aug. 15 as they have since 1989. 平和の鐘撞き

Jul 1, 2019: Woman in her 60s arrested for a prank call to Hikone preschool Donguri Hoikuen on June 18, 2019 saying, “a terrible thing will happen, evacuate!” Everyone evacuated. Police suspect she also made similar prank calls to Kitagori Hoikuen in Nagahama and Kawase High School in Hikone.

Jul 1, 2019: Two-year-old boy who was in serious condition after the tragic car accident in Otsu on May 8 when 2 preschool kids died and 13 injured has regained consciousness in ICU on June 19.

Jul 31, 2019: Shiga Prefectural Gov’t male section chief (40s) punished for sexual harassment of a female co-worker in Aug. 2018. He forcibly kissed her in an eatery, & asked her to be his GF. He only got 1/10 reduced pay for 3 months. Woman scarred for life. Culprit’s name undisclosed.

Jul 31, 2019: Charges filed against a police captain (53) in Shiga for obscene acts & sexual harassment of a female acquaintance (20s) in a restroom of an eatery in Maibara on July 3, 2019. Culprit was suspended for 1 month, but he resigned. His name undisclosed.

Jul 31, 2019: On July 21, former Shiga Governor Kada Yukiko beat the LDP’s incumbent & won a seat to represent Shiga for her first time in the National Diet’s House of Councillors. She was an independent backed by opposition parties. Her term is 6 years, starting on July 29, 2019. #嘉田由紀子

Jul 31, 2019: On July 26, 2019, the Shiga BOE fired a woman school teacher for sexual harassment of a male student attending her school. From June to Nov. 2018, she kissed and groped the student 5 times in her car in Higashi-Omi & at school. Her name & age undisclosed. Boy didn’t tell police.

Jul 31, 2019: On July 27, a mild Typhoon No. 6 (Nari) forced some festivals in Shiga to be canceled such as the Otsu Mazare Matsuri. Rained quite a bit, but no major damage reported.

Jul 31, 2019: At the Kusatsu Honjin where VIP samurai travelers lodged, an old tobacco case was found with a paper tag indicating that it was forgotten by the Shinsengumi who stayed there in May 1865. The item will be displayed at Kusatsu-juku Kaido Koryu-kan (草津宿街道交流館) on Aug. 1–18.

Jul 31, 2019: After the rainy season ended on July 24 in the Kansai Region, July 29 became the first hot summer day in Shiga with temps soaring to 35 C or higher. By 5 pm, 10 people were taken by ambulance for mild heat illness.

Jul 31, 2019: Worsening Japan-Korea relations are starting to affect Shiga with cancelations of sister-city activities such as between Moriyama & Gongju. Other Shiga cities plan to go ahead with student exchange visits to Korea. About 10% of Shiga’s exports go to Korea so there’s much concern.

Jul 31, 2019: Otsu Mazare (Mother Lake) Matsuri at Hama-Otsu was canceled on the first day due to Typhoon No. 6, but held as scheduled on July 28. The Goshu Ondo dance was nicely squeezed in, but not announced on official media. Not so many dancers. Ended with short fireworks. #大津マザレ祭り https://t.co/nFgcYYVlkZ

Aug 20, 2019: In Shiga, Typhoon No. 10 (Krosa) on Aug. 15–16 injured 5 people. At a Hikone store parking lot, strong winds slammed the emergency exit door on the right hand of age 65 security guard who suffered two severed fingers. Other people were injured by falls, from a bicycle, etc.

Aug 21, 2019: At Nagahama Castle, 4.5 meter-long remains of a stone wall built during Toyotomi Hideyoshi’s time (16th c.) has been excavated for the 1st time. Extremely rare. When Nagahama Castle was dismantled, most of the materials went to Hikone Castle & almost nothing original remains.

Aug 21, 2019: Enjoyed a most sumptuous full-course lunch at Mameshin, a traditional machiya house over 100 years old and a National Registered Tangible Cultural Property in Otsu. For 5 generations, the Imai family has been operating it as a high-class ryotei restaurant. Arigato Imai-san! 豆信 https://t.co/7wXhLfoJV3 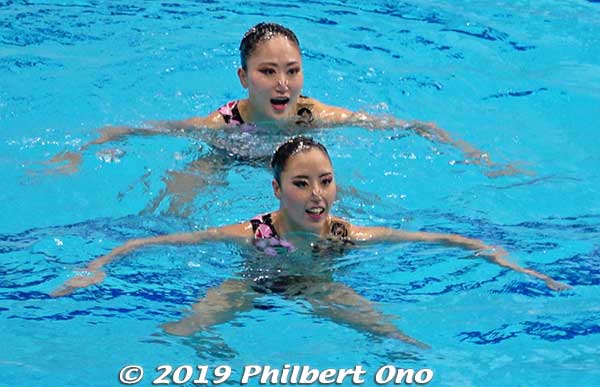 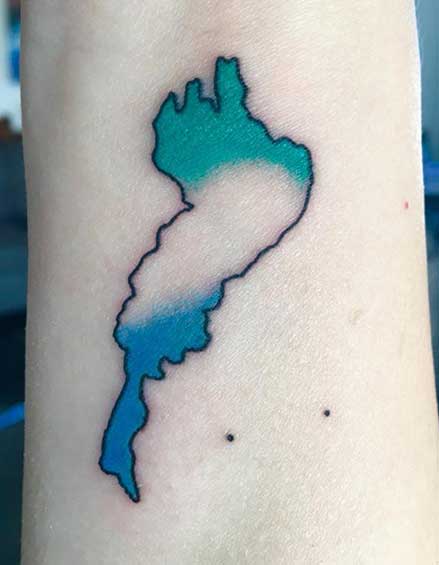