Zensuiji is one of the three Tendai Buddhist temples (called Konan Sanzan 湖南三山) in Konan, Shiga Prefecture designated as a National Treasure. The elegant lines of the thatched roof, Japanese gardens, and colorful autumn leaves make Zensuiji one of Shiga’s most aesthetic and popular temples.

Its main object of worship (Honzon 本尊) is Yakushi Nyorai Ruriko Nyorai (薬師瑠璃光如来), the Buddha of Medicine and Healing. It is a statue of a seated Buddha normally hidden from view in the Hondo main temple hall built in 1366.

However, for the first time in 14 years, this main statue will be exposed for public viewing from April 19 to June 14, 2015 to celebrate Zensuiji’s 1300th anniversary of its founding. The main statue is 102-cm high and an Important Cultural Property. The statue was last opened to the public in the temple in 2001 and 1949. This event of showing a hidden Buddha (hibutsu 秘仏) is called Gokaicho (御開帳).

Formally named Iwane-san Io-in Zensuiji (岩根山醫王院善水寺), Zensuiji was founded by Empress Genmei during 708-715 as a dojo (small hall) to pray for the protection of Japan. According to legend, in the early Heian Period (794-1185), Priest Saicho (founder of Tendai Buddhism based on Mt. Hiei) was in the Konan-Koka area to harvest wood to build a temple on Mt. Hiei (Enryakuji). A ray of light led him to the dojo temple. He found a paper mulberry leaf floating on the temple’s Momotsute Pond (百伝の池) written with the words, “Excellent medicine, now left here” (是好良薬 今留在此). A 5.5 cm high gold Yakushi Buddha statue then appeared from the pond. Saicho prayed to this Buddha for seven days for rain. His prayers then came true as heavy rains fell and continued all day and night. The gushing river helped him transport the wood he found to Lake Biwa to build his temple on Mt. Hiei.

Later when Emperor Kanmu (737–806) fell ill, Saicho prayed for his recovery by dedicating some water from Momotsute Pond. He then offered the sacred water to the emperor who soon got well. The temple was then named “Zensuiji,” meaning “Efficacious Water Temple.” People come here to pray for good health and to recover from illness. You can also drink or take home the Efficacious Water from Momotsute Pond flowing from a spring.

When the hidden Yakushi Nyorai statue was repaired in 1906, they found a lot of rice husks and a document dated 993 inside the Buddha. The document, called Kechien Kyomyo (結縁交名), listed the people (donors) who contributed to making the Buddha statue as a way to connect with the Buddha.

If you miss seeing the main statue after it becomes “hidden”again after June 14, you can still see 30 other impressive Buddhist statues in the main temple hall. Fifteen of them are Important Cultural Properties dated to be centuries or a thousand years old. Off the beaten path and well worth visiting.

Zensuiji is also soliciting donations to rethatch its 40-year-old roof this year.

Admission: ¥700 for adults, ¥300 for jr. and high schoolers, free for elementary school kids

Directions: At Kosei Station’s North Exit (Kitaguchi), take the Meguru-kun bus that stops at Iwane (岩根). Buses leave once an hour, taking about 12 min. Bus schedule here. From the Iwane bus stop, there is a pleasant hillside trail going up to Zensuiji, taking about 15 min. If you’re traveling with a friend or small group, you can take a taxi. Map here.

*Thanks to Yukiyo Mitaka in Konan for contributing to this post.
*The city of Konan, Zensuiji temple, and the Konan Tourist Association have permission to reprint parts of this post in their free English materials for foreign visitors. 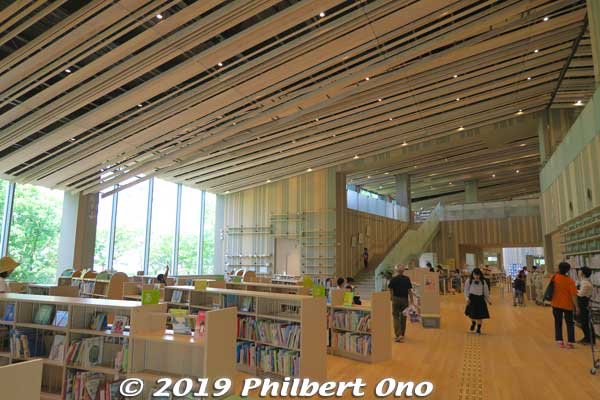