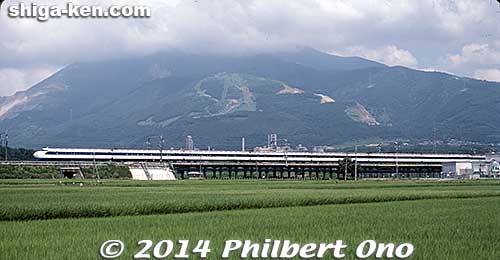 Happy 50th anniversary to the Tokaido Shinkansen! The world’s first high-speed train. After about 5 years of construction and test runs, it was on Oct. 1, 1964 when the shinkansen “bullet train” started commercial service between Tokyo and Shin-Osaka Stations. It initially took 4 hours (via Hikari trains) to cover the 515 km (320 mi.) distance at a maximum speed of 210 km/hour (130 mph). By Nov. 1965, travel time was shortened to 3 hr 10 min., and now it’s 2 hr. 25 min. via Nozomi trains. Before the shinkansen, it took 6.5 hours between Tokyo and Osaka by train. A commemorative ceremony was held this morning on Oct. 1, 2014 at Tokyo Station next to the first shinkansen departing at 6 am. 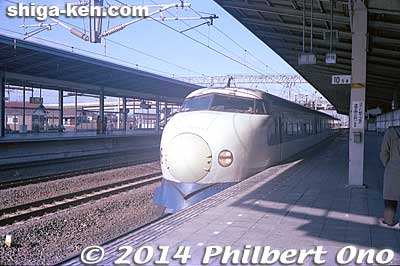 Generations of kids and adults alike are still awed whenever they see a shinkansen whizzing by. I have to say “Arigato” to the shinkansen for transporting me safely and quickly many times. Sometimes it wasn’t so comfortable when it was standing room only. For peak travel times, I wish they offered a cheaper, standing-room only ticket. I also wish they had more room for large pieces of luggage. I remember the double-decker shinkansen and dining room car on the upper deck. The first time I saw Mt. Fuji was from the shinkansen on a clear winter day. The attendant pushing the cart selling food and drinks used to look like a kitchen worker. Now they look like an airline stewardess. Lots of memories.

I’m posting photos of the original 0-series shinkansen trains. This is the original “bullet train” that was in service from 1964 to the mid-1980s on the Tokaido Shinkansen. The design of shinkansen trains has evolved dramatically since then, especially changes to the nose. Call me sentimental, but I never liked any of the latter nose designs (sometimes looking like a duckbill or platypus). Why tamper with perfection and a worldwide icon? The original bullet nose looked perfect to me. 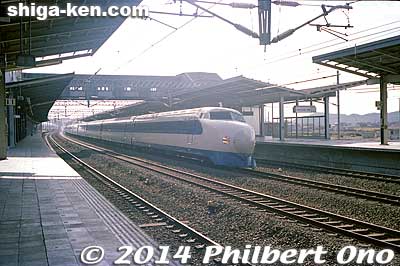 The Japan Post Office is also marking the anniversary by selling a set of five die-cut postcards. One of the cards show a 300-series Shinkansen speeding past Mt. Ibuki. The set costs ¥1,100. 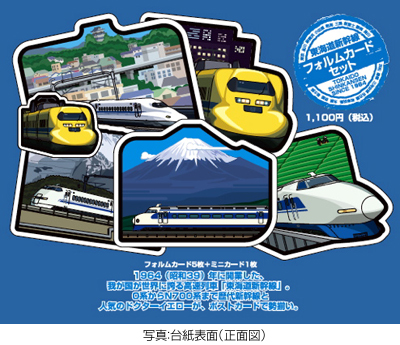 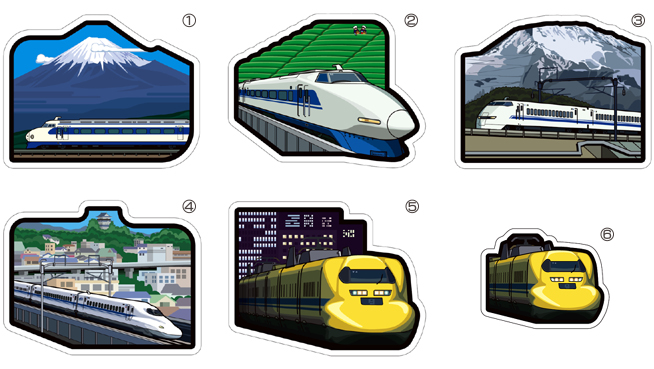 If you’ve never seen the original 0-series shinkansen train, you should visit a train museum such as the SCMAGLEV and Railway Park in Nagoya and Railway Museum in Omiya (Saitama). In spring 2016, the Kyoto Railway Museum will open as well.

Here’s a good visual history of the shinkansen (in English): http://shinkansen.the-japan-news.com/index.html