This is my video of the Yokaichi Shotoku Matsuri (八日市聖徳まつり) festival in Higashi-Omi, Shiga Prefecture on the evening of July 27, 2013. It’s an annual bon dance held for the 44th time on the Ekimae road perpendicular to Yokaichi Station. A bon dance is a Buddhist tradition to welcome ancestral spirits visiting in summer. It was my first time to see one of Shiga’s biggest bon dances.

The evening started with the Saturday Night Market (本町土曜夜市) at the Honmachi shopping arcade from 5 pm to 9 pm. The arcade was crowded with games, food, and knickknacks. It got quite hot in there being a covered arcade with little ventilation.

The Shotoku Matsuri started at 7 pm with a mascot character show in front of the yagura tower. Followed by a Yokai costume parade of goblins, ogres, and demons led by Gao, a local ogre mascot who visits homes and scares bad kids to become good. This event plays upon the place name of “Yokaichi.” Although the kanji characters for Yokaichi (八日市) means “8th Day Market,” it can also be written with different kanji characters (妖怪地) meaning “Land of Yokai.” Yokai, haunted house attractions, and ghost/horror stories are the traditional staple of summer in Japan. It’s supposed send cold chills down your spine to cool you off in the hot weather.

The main event, called Goshu Ondo So-Odori (江州音頭総おどり), was held from 7:50 pm to 8:40 pm. About 750 dancers (including hula dancers) from 26 groups formed a long, oblong circle around a yagura tower where top-notch singers and musicians performed Goshu Ondo folk songs. The dance groups were local organizations and companies. There was one group where anybody could join in and dance, but it was difficult to spot and quite crowded. A typical bon dance is usually 2 hours long held for two nights or so, but the Goshu Ondo was less than an hour held on only one evening. The festival ended with a short fireworks display above Yokaichi Station. About 6,000 spectators attended.

The Shotoku Matsuri is named after Prince Shotoku Taishi, the founder of Yokaichi and one of Japan’s most revered and historical figures. He is credited with spreading Buddhism in Japan during the 7th century and establishing many Buddhist temples including Hyakusaiji.

The Yokaichi Shotoku Matsuri was worthy of a video because it features Goshu Ondo (江州音頭) folk songs native to Shiga. You won’t hear typical bon dance songs like Tanko-bushi here. Goshu is another name for Omi, Shiga’s old provincial name. The Goshu Ondo originated in Yokaichi and nearby Toyosato. It has a distinctly different rhythm compared to other bon dance songs. Goshu Ondo songs are a mixture of Buddhist prayers and narrative singing. Its present form originated in the late 19th century.

The person who created the Goshu Ondo was Nishizawa Torakichi (西沢寅吉) in the latter 19th century. He also collaborated with another Yokaichi resident, Okumura Kuzaemon (奥村久衛左門). Torakichi was a master of composing and reciting prayer songs (祭文語り) that had centuries-old roots in propagational prayers composed by mountain ascetic priests. Elements of those old prayer songs remain in the Goshu Ondo. Torakichi modified it to integrate narrative singing which became a form of entertainment for the masses (before they had TV, movies, etc.).

Fujino Shirobe’e (二代目藤野四郎兵衛), a prosperous Omi merchant in Toyosato, rebuilt a neighborhood Buddhist temple called Senjuji temple (千樹寺) after it was destroyed in a fire. Shirobe’e wanted a new prayer song to dedicate the new temple in July 1846. Shirobe’e invited the renown Torakichi to Toyosato to compose a new prayer song. The song was performed and danced to at Senjuji temple. The villagers liked the song and danced to it at the temple. They used folding fans and umbrellas as props for the dance as they did for previous prayer songs. The new-style song came to be called “Goshu Ondo.” Senjuji temple still stands near Toyosato Station. It has a stone monument for the Goshu Ondo. A park in Yokaichi also has a Goshu Ondo stone monument. I noticed a slight disagreement regarding the exact origin of the Goshu Ondo (Yokaichi vs. Toyosato), but it’s safe to say that it originated in both Yokaichi and Toyosato.

There are now many different Goshu Ondo songs. The lyrics include prayers (for good harvests, etc.) and drama-filled storytelling. They also have the same returning chorus  (kakegoe) starting with “Sorya” or “Kora” (in Toyosato) as follows:

If you hear this, you know it’s the Goshu Ondo. (Watch the video to hear it. It’s quite infectious.) Also, even though different Goshu Ondo songs have different lyrics, the dance motions are basically the same. Dancers from Toyosato traditionally dance with an umbrella or folding fan. Dancers from Yokaichi don’t use such props. But they might wear a mask. In recent years, jazz, funk, and reggae versions of the Goshu Ondo have been created to attract more young people. 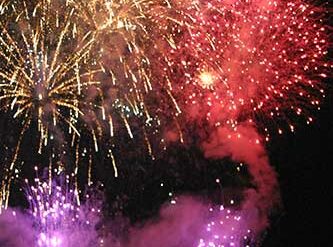